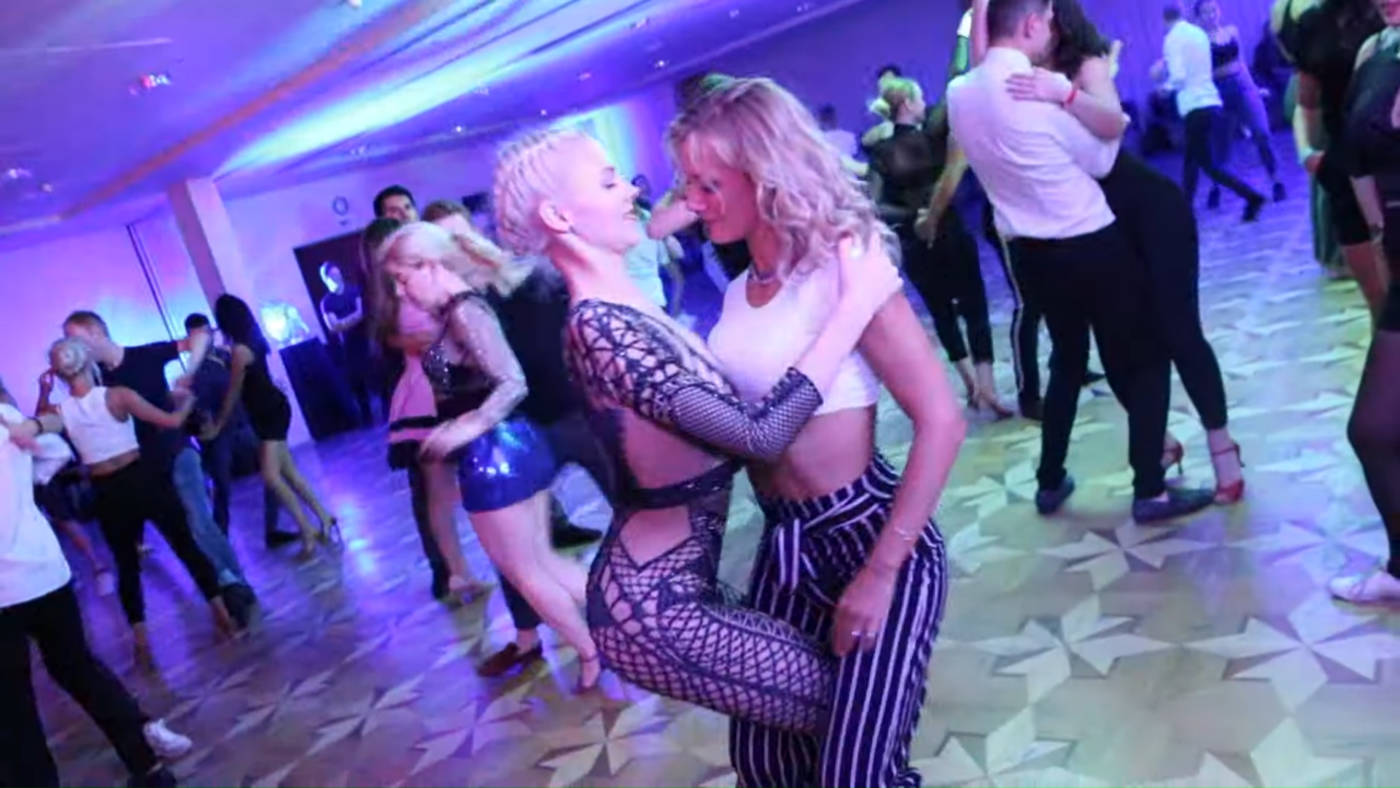 This is such a fascinating video! Gatica and Sindi dancing together at a bachata social dance. We often so used to thinking of leading and following in bachata along gender lines, but there is really no need at all for the man to lead and the woman to follow. Gatica and Sindi show us this perfectly. Leading and following perfectly, with no need for a man to be part of the dance at all!

So what is leading and following in bachata? Leading is very important for bachata dancing. The lead cues the follow to do all of the combination moves and waves that are really so exciting to watch. Even those moves often are the ones that catch your eye when you’re watching bachata, there is actually a lot going on beneath the surface that the lead is doing to make it all happen, especially during improvised and social dancing.

That isn’t to say that being a follow isn’t skilful. It definitely is. The follow needs to be able to pick up on all of the cues that the lead is making and execute the moves seamlessly. They also need to communicate back about where they are going next. The follow needs to watch the lead’s arms, hands, and chest and be able to interpret those movements exactly so that they do the move that the lead is expecting them to do. And, of course, they need to be able to sell those moves and perform!