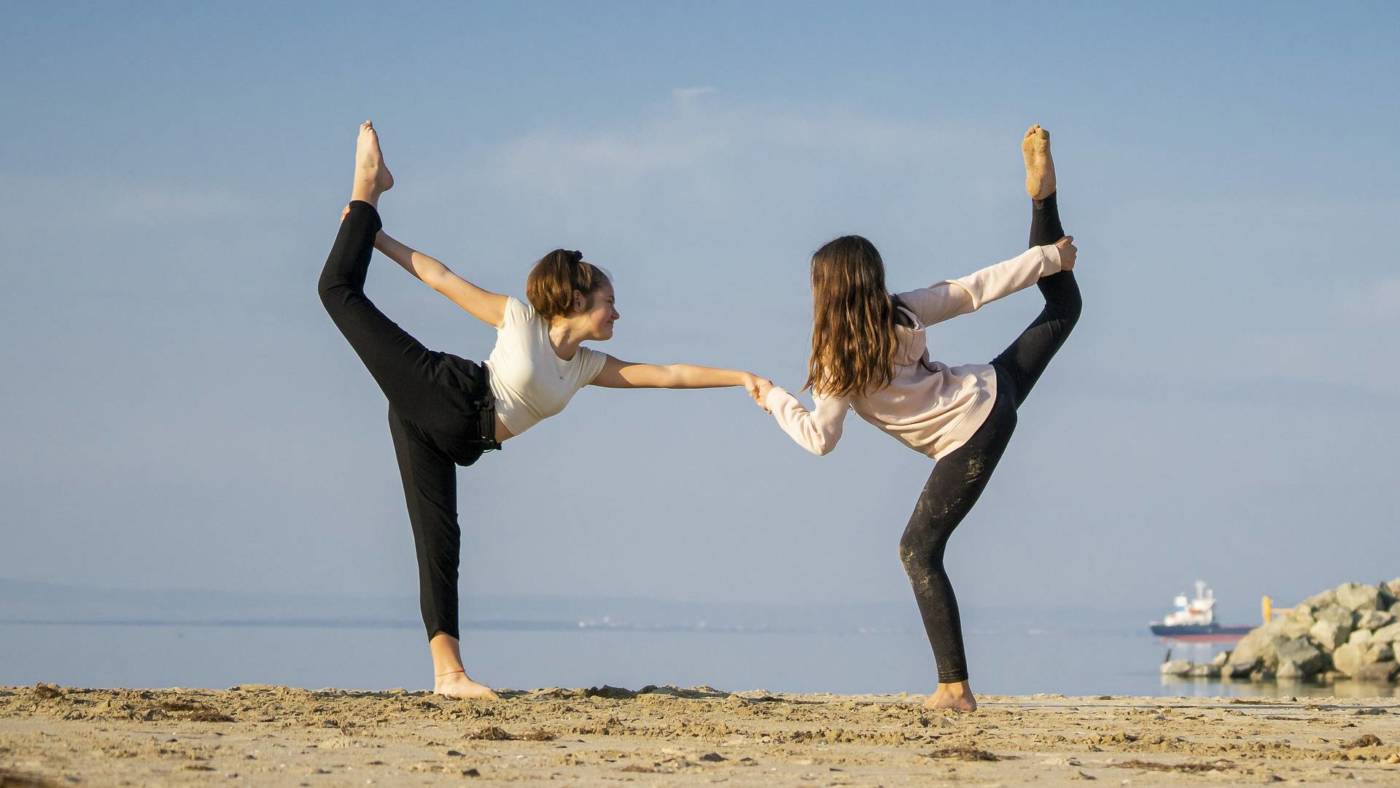 Dancing vs Gymnastics for Kids

Choosing which classes to sign your child up to can be a minefield. There is just so much variety and so much choice, that making a decision can feel like slamming the door on a whole range of things that could have brought your child joy, or that could have been “their thing”. When it comes to dancing vs gymnastics, that decision can be even more difficult because on the surface they look so similar. It almost feels like a coin toss to choose between the two. There are some key differences between gymnastics and dance, however, and those differences could help you to make a decision on which is best for your child.

How long they can do it for

If you’ve looked into gymnastics, you will know that you really do have to start at a very young age if you have any hopes of making it competitively. Most gymnasts start between the ages of 2 and 5. Of course, a child that young will have no idea if competitive gymnastics is something they will want to pursue, so it’s up to parents to make a judgment call. Starting gymnastics “too late” can make it essentially impossible for your child to compete. This is because of how short the duration of time in which gymnasts compete is. Most gymnasts retire between the ages of 16 and 25, so if you start too late, you don’t have time to learn enough skills before you become too old to compete.

Starting young at dancing is a good idea, especially for ballet. It isn’t essential in the same way that starting young is for gymnastics, however. Your child will be able to pick up dance at a much later age and become very, very good. This gives your child the chance to form their own opinions about what they want to do, and what they enjoy. It also means that they can drop dance and pick it back up later, especially if they have already spent some time picking up the skills. And it also means that they can carry on dancing throughout their lives, creating a life-long, enjoyable, and healthy hobby.

As with any sport, there is a risk of injury in both dance and gymnastics. But there is a much greater risk of your child injuring themselves when participating in gymnastics than with dancing because of the nature of the sport, with its tumbling and use of apparatus. In fact, there is a 100% chance that they will injure themselves doing gymnastics at some point, although the severity of the injuries can obviously vary greatly.

Overstretching is a particular risk for both gymnastics and ballet when training starts at a young age. This is when the joint is taken past its natural physiological range, stretching the ligaments that support the joint. The tissues surrounding the joint can get damaged and, in children whose bones are still growing, there is the risk of it causing painful skeletal changes. Thankfully, overstretching to the point of damage is very rare, especially nowadays. Both dance and gymnastics teachers are trained in how to make stretching safe for their pupils. Overstretching does have the potential to be more of an issue in gymnastics than dancing because gymnasts need to be hypermobile in order to execute many of the moves that they need to do.

One of the reasons why we sign our children up to activities like dancing or gymnastics is to keep their bodies strong and active. Exercise is such an important thing for children, and normalizing exercise from a young age can make them much more likely to lead active and healthy lives when they get older.

Gymnastics will train your child’s upper body and core much more than most types of dancing. This is because they will need to be able to hold their body weight and to execute moves using their upper body and core strength. In this regard, then, gymnastics will give your child more overall strength than dancing. One downside to gymnastics is that gymnasts tend to favor one side of their body. So they will always launch from the same leg, for instance. This leads to asymmetrical strength.

In contrast, dancing trains both sides of the body equally. This can help with stability, posture, and balance. It does tend to focus much more on the lower body than the upper body (except in dance styles like breakdancing), but there is usually some involvement of the upper body to at least some degree.

If you have been spending time researching activities for your child, you will know by now that they can run quite expensive. With both gymnastics and dancing, there will be an initial (and ongoing) cost of their uniform. There is an additional cost with dancing if it’s a style that requires specialist shoes, such as ballet or tap. On the other hand, gymnastics classes themselves can be more expensive because factored into the fee will be extra insurance and the specialist equipment in the gym.

There will also be a range of other costs as your child progresses. These can include examination fees, fees to enter a competition, traveling fees, etc. Overall, however, the cost for the two is fairly similar. It is an investment, for sure. But if either becomes a passion for your child then it is definitely worth it.

There are a few different types of gymnastics to choose from: artistic, rhythmic, trampoline, tumbling and acrobatic.

The style that your child chooses will depend on their own preference as well as which style that they have a natural talent in. Generally speaking, however, once they progress in skill they will need to decide on one style over the others because they train very different areas of the body and the training to get good needs to be extremely focused.

Dancing is quite a contrast to gymnastics in terms of the sheer number of dance styles there are to choose from. Many people suggest that children start with ballet before moving onto other styles because it gives such a solid foundation, but it isn’t necessary at all. Taking part in multiple dance styles is also common for many children. As we mentioned earlier, with dancing your child can start much later and still progress to the point that they can compete or perform, which means that they can switch their styles up really as many times as they like.

With dancing, however, your child will have a whole extra avenue for socialization – dancing together. In all forms of dance, you have the opportunity to dance with other people. Whether that’s dancing as a couple in ballroom dancing, learning a routine together in hip-hop, or putting on a show in ballet. In most styles of gymnastics, while you are in the gym together, you aren’t working together towards a common goal in the same way that you are with dancing.

Creativity is so important for children. Getting the chance to express yourself and engage the creative side of your brain can help children to learn and can help them to stay mentally healthy and happy. Dancing in particular is a form of expression that can help children to express themselves without words. Gymnastics doesn’t allow for as much creativity as dancing. It also doesn’t use music in the same way. While there is often a musical accompaniment to gymnastics routines, especially those on the floor, gymnasts aren’t dancing with the music in the same way that dancers are.

Moving to music is something that comes naturally to human beings, which means that dancing can also be easier to pick up at first for very young children. And it can be immediately fun and rewarding. It also doesn’t require any specialist equipment, so children can practice their dancing at home, putting together their own moves and showing off their skills to their friends and family.

Both gymnastics and dancing are brilliant skills for your children to pick up and, really, taking them to either will do wonders for their fitness and confidence. The small details to choose between them can, however, be important for many parents and for their children, so it is worth taking the time to think through which would work best for the elements that matter most to you. Talking to other parents as well as your dance/gymnastics teachers can also be a useful avenue if you have any questions.