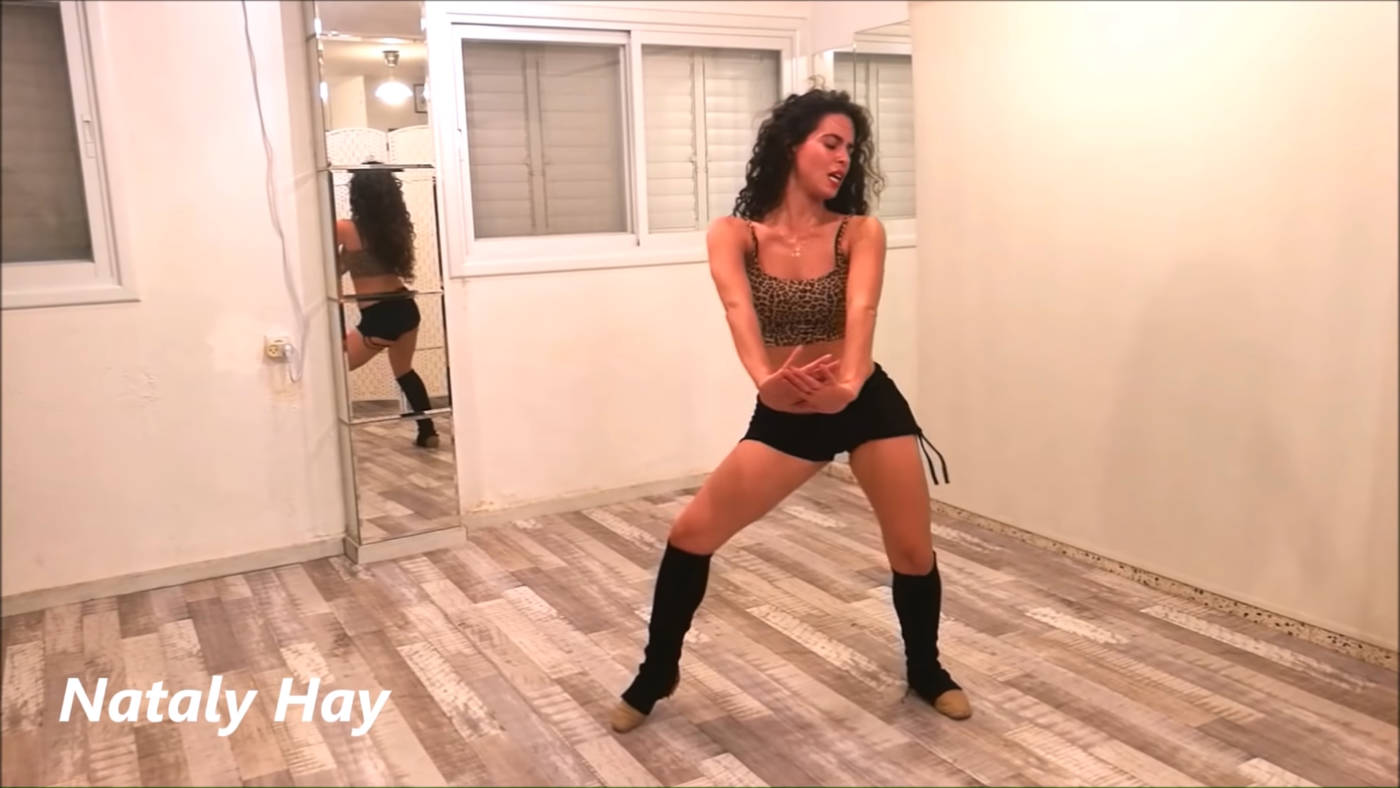 Natalie Hay is Israel’s “top belly dancer”. Her YouTube videos, just like this one of her dancing to Despacito, rack up millions of views and, as well as being a teacher, she also travels the world performing and appearing on TV. Like many belly dancers, she started out in ballet and jazz as a young child before belly dancing stole her heart in her teens.

Natalie’s particular brand of belly dancing is a fusion of belly dance, Afro dance, modern dance, and Latin dance, which has really helped to push belly dancing into the modern age. Her dance to Despacito shows just how versatile her take on belly dancing is. You can see all the influences on her dance style, while she still keeps the core belly dancing moves on centre stage. By the way, feel free to take a look at our list of the best belly dance hip scarves we’ve hand picked for you if you’re thinking about joining belly dance classes yourself.

Belly dancing is one of the oldest forms of dance performed today. It originated in 18th century Egypt and was originally performed by traveling dancers called ghawazee. It fell out of favour because the dancers were seen as gypsies, eventually being banned in Cairo in the early 19th century. It had a major resurgence in America in the 1960s and 1970s, where it fitted in with the era’s free-spirited nature. Since then, belly dancing has remained a popular dance form and it shows no sign of slowing down any time soon.

Because of the incredible amount of control you need over your core and the rest of your body’s muscles, ballet dancers are able to pick up belly dancing more quickly. They have already trained their muscles to be under complete control. With that being said, belly dancing can be learned by pretty much everybody. It can be deceiving, however. It looks very simple at first glance but the moves, such as shimmies, undulations, and hip hits, require a lot of practice to perfect them. But once you’ve got those moves down, you won’t be able to pass up an opportunity to show them off!