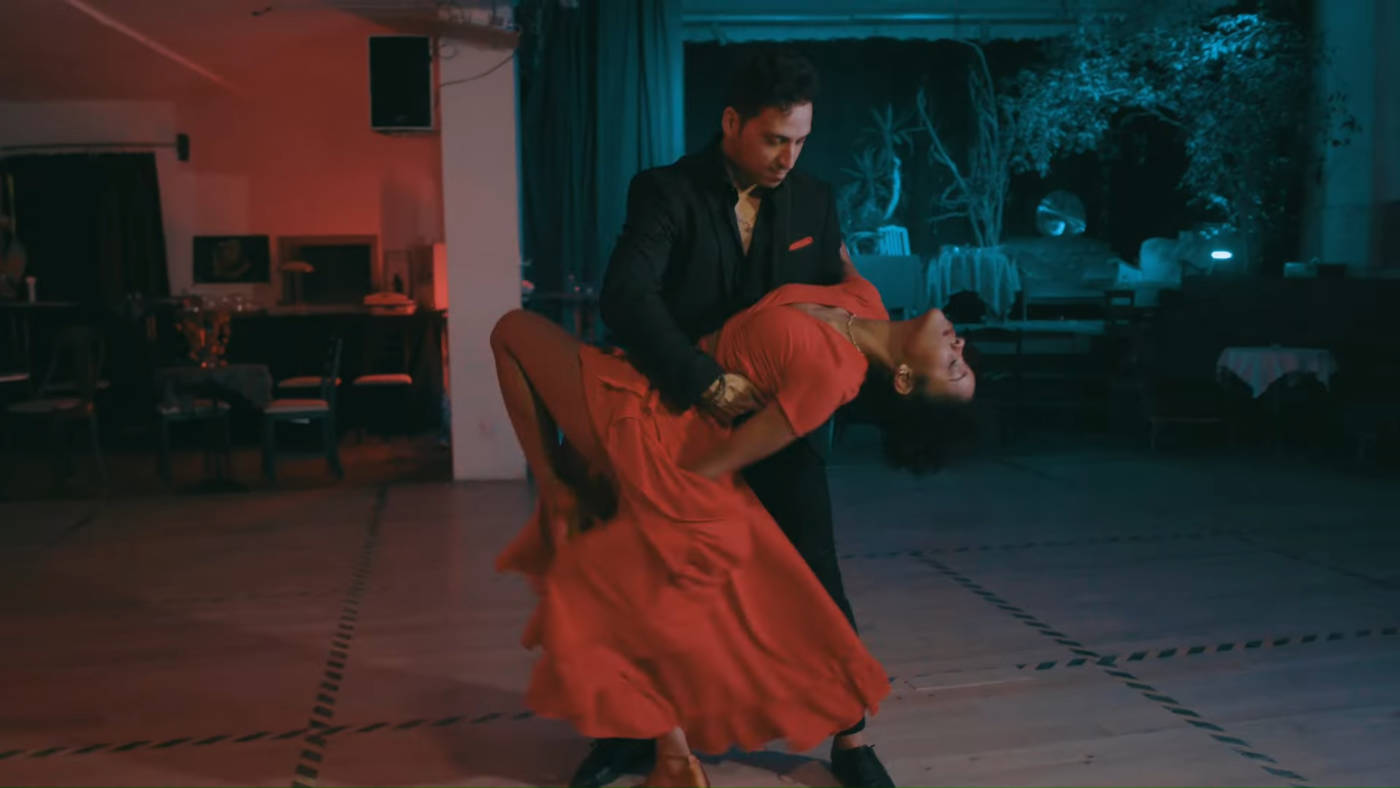 If you’ve ever wondered what salsa and tango might look like together, here is your chance. Daniel Rosas and Carla Silva do such a brilliant job of selling salsa plus tango, as does the setting and the production of the video. There is drama, elegance, and romance throughout and it is a fascinating watch.

Fusing salsa and tango is such a clever idea, especially when you consider the history of the two dances. Although they were created nearly 100 years apart (tango in the 1880s and salsa in the 1960s), their origins are strikingly similar. They are both Latin dances and they both have African roots.

Tango originated in the Argentine, in the lower-class districts of Buenos Aires and Montevideo. It has influences from African, Native American, and European styles. During the 1800s, there was a huge influx of immigrants to Argentina and this merging of culture and heritage is how the tango was born. It was initially looked down upon by Argentinian high society and there were even pushes for it to be banned, but the dance prevailed and in 2009 it was declared by UNESCO to be part of the world’s “intangible cultural heritage”.

Salsa, similarly, was born out of a merging of immigrant cultures, but this time in the US. Puerto Ricans and Cubans living in New York City in the 1960s developed salsa to be danced to salsa music. It had influences from a variety of Latin dances, such as the mambo and cha cha cha, as well as Afro-Cuban dance styles. Like the tango, it was created underground in nightclubs and bars that were seen as low-class. And like the tango, it gained worldwide popularity and recognition.

Although the dances themselves can be very different, the spirit of their origins is the same. And, as this video shows, they too can be flung into a melting pot together and given new life.