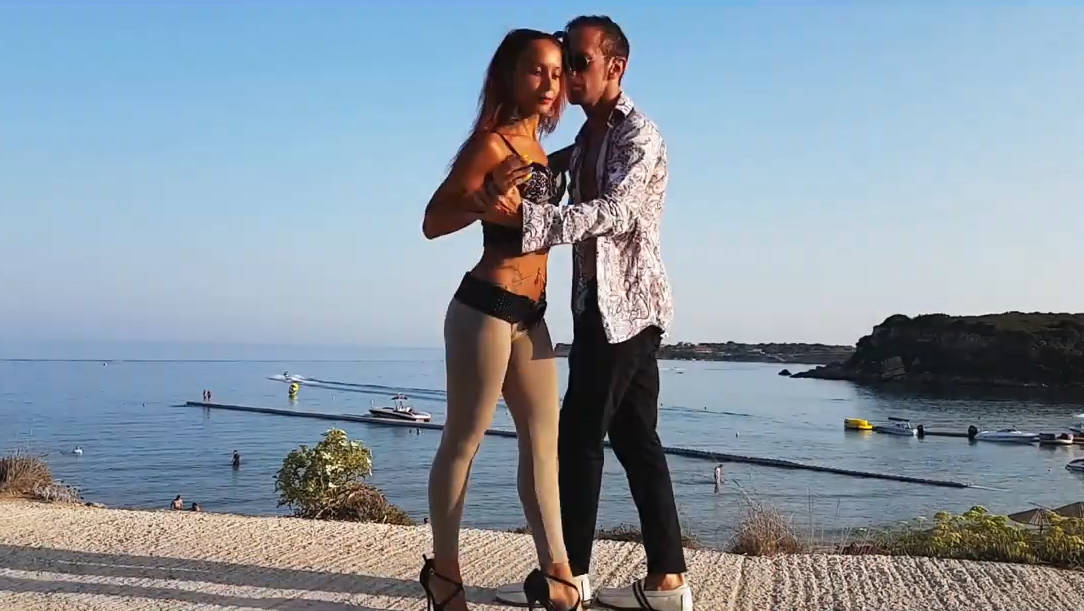 VersuS is pretty big in the kizomba world! VersuS is the creation of Stefano Marzioni, with his dance partners Sonia and Valentina. As you can probably tell by the high production value of this video, VersuS has a pretty strong brand.

Stefano started out doing Michael Jackson style dance, as well as hip-hop, Cuban salsa, and salsa LA style. When he watched a performance of kizomba at a dance festival, he had to add it to his repertoire and put his own spin on it in the process. He created Evo Kiz, a style that is pretty similar to urban kiz. Evo Kiz is a fusion of kizomba, hip-hop, and contemporary.

When VersuS debuted the Evo Kiz style back in 2013, it set off a bit of a storm! The initial video uploaded to YouTube has been dubbed the first-ever urban kiz video and it has had millions of views. Not only does Stefano choreograph and style Evo Kiz, but he also composes and produces his own kizomba music to dance to. It has elements of traditional kizomba music, but with influences from hip-hop and R&B.

Evo Kiz is definitely a unique style in the kizomba world and some traditionalists have argued that it pulls too much away from traditional Kizomba dancing and, along with urban kiz, the dropping of the full kizomba name could make the connection to the traditional dance lost. The philosophy of VersuS, however, has always been to stay true to the traditional core of kizomba, no matter how many elements are added in. As you can see in the video, while there are lots of different movements that you wouldn’t normally see in kizomba dancing, and the music is definitely different, there is no doubt while you are watching it that you are watching kizomba. All be it kizomba with quite a twist!