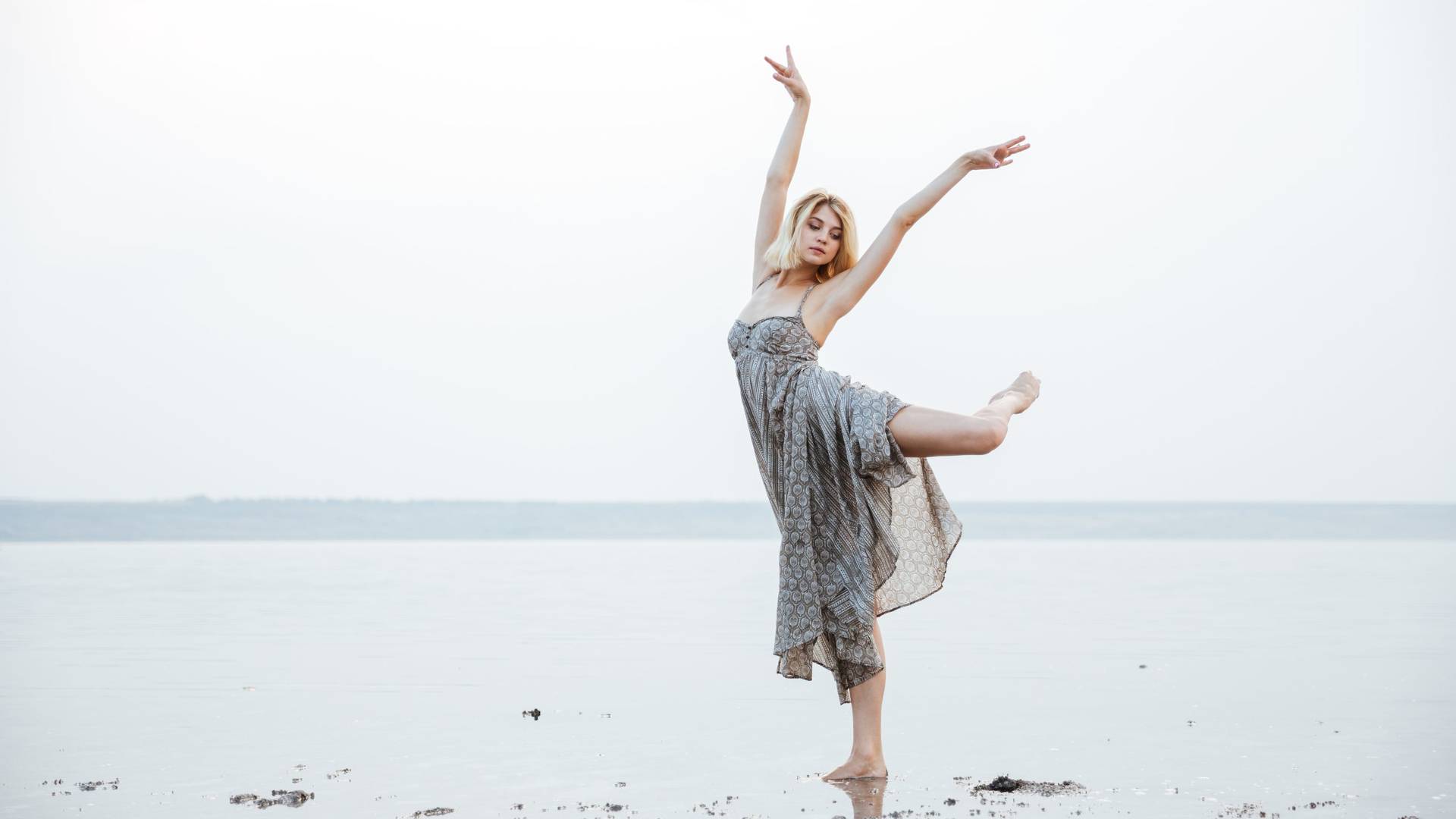 Where dancing is illegal?

For many people, dance is as pure an expression of joy as it is possible to achieve. It is a way of channeling your innermost emotions and tell a story with your body. In some places around the world, however, dancing does not have this connotation. Dancing can be seen as sinful, indecent, disrespectful, or dangerous to the peace. Some of these places have even gone as far as to make dance illegal.

In places where dance is illegal, the reasons are most often (but not always) religious in nature. Some Christian sects see dance as inherently indecent, including Baptists, Seventh Day Adventists, Restorationists, and Mennonites. Other Christian sects, however, view dance as an act of worship. In Islam, the Salafists and Wahhabis both view dance as haram (forbidden), but in contrast, Sufism actively encourages dancing. In some cases, dance is only illegal during times of particular religious significance, or during periods of mourning. There are also secular countries that have banned dancing for societal reasons.

Where Dance is Illegal

Dance is illegal in the Arab country of Kuwait because it is seen as indecent. Specifically public dancing and mixed-gender dancing. When attending a music concert or performance in Kuwait, the only movement permitted is slow and gentle clapping. Chair dancing of any other sort is expressly forbidden. The liberal Kuwaiti lawmaker, Nabil Fadhl, came under fire from Islamists for his appeal to lift the ban on dancing (as well as the ban on alcohol) in which he called Kuwait “a country with no joy”.

Iran was once home to the Iranian National Ballet Company, which was the most prestigious ballet company in the Middle East and was world-renowned. Since the revolution of the 1970s, however, all of that has disappeared and dance is now illegal. Women are not allowed to dance in public, mixed-gender dancing is forbidden, and no-one can wear dance costumes that bear any flesh.

There was a ban on dancing in Japan except in clubs that had a special permit, but it was repealed in anticipation of the influx of foreign visitors arriving for the Tokyo Olympics (although they have recently announced that foreign attendees won’t be allowed to come due to Covid). The ban started in the 1940s and the reasoning behind it was that nightclubs too easily became dens of prostitution. Any dancing was illegal in clubs after midnight, whether they had a permit or not. Even before the repealing of the ban, however, the authorities were relatively lenient and dancers were rarely prosecuted.

The viral dance move, dabbing, has specifically been banned in Saudi Arabia after a TV host, Abdallah al-Shahini, was filmed dabbing at a festival and was later arrested. There has been a push for liberalization in the country since the new crown prince, however, and music concerts are now allowed. Dancing of any sort at the concerts is strictly prohibited, including “shimmying”.

There isn’t an outright ban on dancing in Germany, but dance is illegal during certain times of the year. Specifically, during the “silent holiday” of the Easter weekend, particularly Good Friday. Approximately two-thirds of the German population identify as Christian and Easter is seen as a time of mourning for the death of Jesus Christ. So out of respect for Christians and their time of grief, the country bans dancing, as well as gambling, and the showing of certain films. There are varying levels of the dance ban across the different states with some, like Bavaria, going as far as banning all music. While a sizeable portion of the population wants the ban to remain in place, there are some groups that are opposing it. The Pirate Party, for instance, makes a point of dancing in public during times when it is illegal in protest.

In a similar way to Germany, 9 Switzerland states ban dancing during religious holidays, such as Christmas, Good Friday, and Easter Sunday. Interestingly, most of these states are German-speaking so there seems to be some cultural overlap. There has been a big push to lift the bans, stating that each person should be allowed to decide if they want to go to church or to a party, but these campaigns haven’t yet been successful.

It might be surprising to learn that “spontaneous dance” is banned in Sweden, and not just during religious holidays, but all year round. The reasoning behind the ban is that dancing causes “chaos” and is one of a number of strict measures brought in the 1930s to prevent the corruption of the youth in the country. Bars can apply for a special license for dancing to be allowed on the premises. Here as well there have been demonstrations and protests in an attempt to repeal the ban but nothing has gone through as of yet.

Several states in the US have banned dancing at one time or another. In fact, the 1984 hit film Footloose, about a teenager who moves from Chicago to a small town and his attempts to overthrow the ban on dancing, was actually based on real events. The Southern Baptist town of Elmore City, Oklahoma had a strict dance ban in place from 1868 until 1980. The local high school students campaigned to get the ban lifted so that they could hold a senior prom and won their case, even against a lot of opposition.

But that isn’t the only place in the US that has historically been strict on dancing. The New York City Cabaret Law, which wasn’t repealed until 2017, put very strict rules in place about what premises dancing was allowed in. Nowhere that sold food or drink could also have dancing unless they obtained a cabaret license. Some argued that the cabaret license was historically a roundabout way of limiting activities for ethnic minorities and the LGBTQ community.

In the UK there has been a ban in place on illegal raves since the 1990s. It was a reaction to the huge popularity of acid house music, and organizers can face hefty fines. An illegal rave is classed as 20 or more people gathering on land in the open air to listen to music that is predominantly a repetitive beat and that is loud enough to cause distress to people nearby. There was (and still is to a much smaller extent) a large underground scene that organized illegal raves using answering machine messages and pirate radio stations to pass on the dates and times. In 1992 the largest illegal rave was busted in Castelmorten Common, Worcestershire, where 20,000 people turned up to dance and rave.

Dance as a political statement

Even in places where there isn’t an outright ban on dancing, certain performances can still come under fire because of their provocative or political nature. Because dance is so good at telling a story, and in eliciting emotions from its audience, it is a powerful tool for political protest and statements. And many groups use dance as a way of being heard.

For example, in 1951 American dance choreographer, Katherine Dunham, premiered Southland while on a tour of Chile, about a black man who was lynched after a false rape allegation. It caused outrage in Chile and her dance company subsequently lost all of its funding. And in South Africa, during apartheid, dance protests featuring the dance toyi-toyi became a strong underpinning of demonstrations against the government. It is a dynamic and forceful group dance and is usually performed alongside political chants. Dancing has also been used as part of the recent BLM protests in the US, including krunking in front of police lines.

In 1930s Germany, Kurt Joos created a ballet work about the potential consequences of the rise of fascism in the country, featuring Death as the only person left standing at the end. And in 2013, in Amsterdam, sex workers performed a dance from their windows in the Red Light District portraying the statistics of young European women who have been trafficked into such work after desiring a career in dance.

In 2018, an 18-year-old Iranian teen. Maedeh Hojabri was arrested after posting clips of herself dancing on Instagram, in protest of the laws that ban women dancing in the country and on not wearing a hijab in public, causing widespread outrage. And she is not alone. There have been a large number of teens and young people arrested in the country for dancing in public, including a group who filmed themselves dancing to the Pharell William’s Happy on rooftops in Tehran. They received suspended sentences of imprisonment and lashes.

Throughout history, there have been times when dance has been viewed by the establishment as something sinful. Something that can corrupt the young and encourage debauchery. Because of this bans have been put in place to prevent people from dancing, but dance can never fully be squashed. The power of dance as a form of political activism and as a way of protesting mistreatment and oppression has been used for just as long as attempts to prohibit it. Even beyond dancing specifically as a political statement, the joy of dance is something that can never be erased from the human experience.