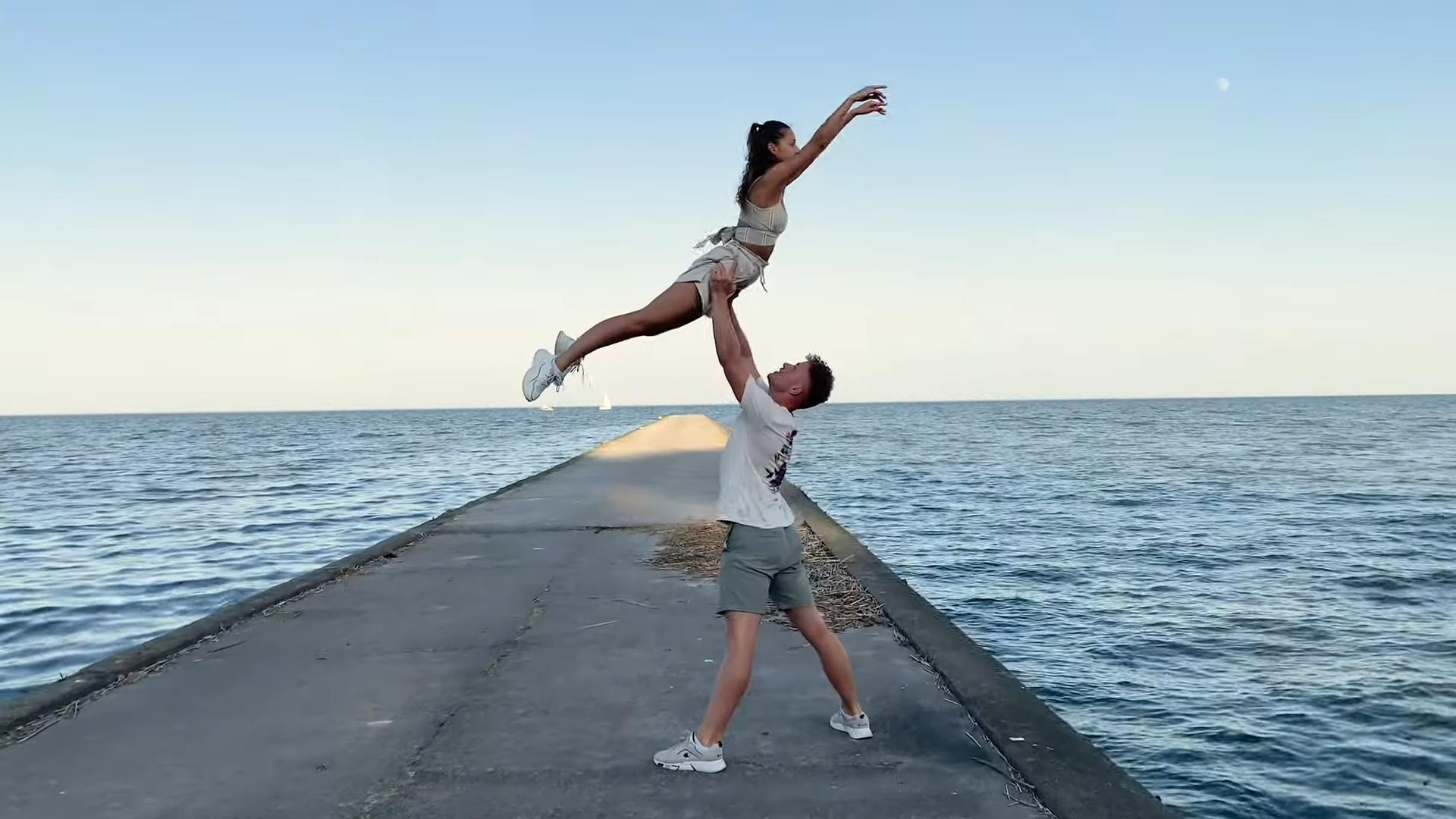 Why We All Still Love That Dirty Dancing Dance Routine

Who in the world doesn’t love Dirty Dancing? The classic 80s film has seeped into our public consciousness so much that even if you’ve never watched it, you will still be able to quote it (e.g “Nobody puts Baby in a corner”). It was the first film to sell 1 million at-home video copies, and there have been stage adaptations and prequels, as well as an ill-fated remake on ABC.

You can find countless videos online of people copying the steps exactly but other dancers put their own spin on it. This video is of Ustin and Ieva doing their own version of the Dirty Dancing dance and it isn’t an exact replica of the one in the film. Instead, they use their own talent and style to put it together. They make sure to include that lift, however, because it certainly wouldn’t be Dirty Dancing without it!

But what makes Dirty Dancing so iconic? On paper, it doesn’t seem like it should work. An 80s film, set in the 60s, with very 80s music and fashion, and a cheesy romantic storyline. But there is a certain magic in there, in a large part to the multiple award-winning soundtrack. But most people point to the incredible late Patrick Swayze and the chemistry between him and Jennifer Grey.

Swayze was a trained dancer, whereas Grey was not, which mirrors the plot of the film (and reportedly caused some frustration on his part during filming). And when they dance together, you can feel the tension. Swayze plays Johnny Castle, the summer camp’s dance instructor, and Grey plays Frances “Baby” Houseman, who is staying at the camp with her parents.

Johnny and Baby are learning a dance together throughout the film, with Baby trying and failing to have the confidence to perform the final lift. In the end, during the camp’s talent show, she finally does and it is magical. Many, many people have attempted the Dirty Dancing dance routine, and many people have failed.