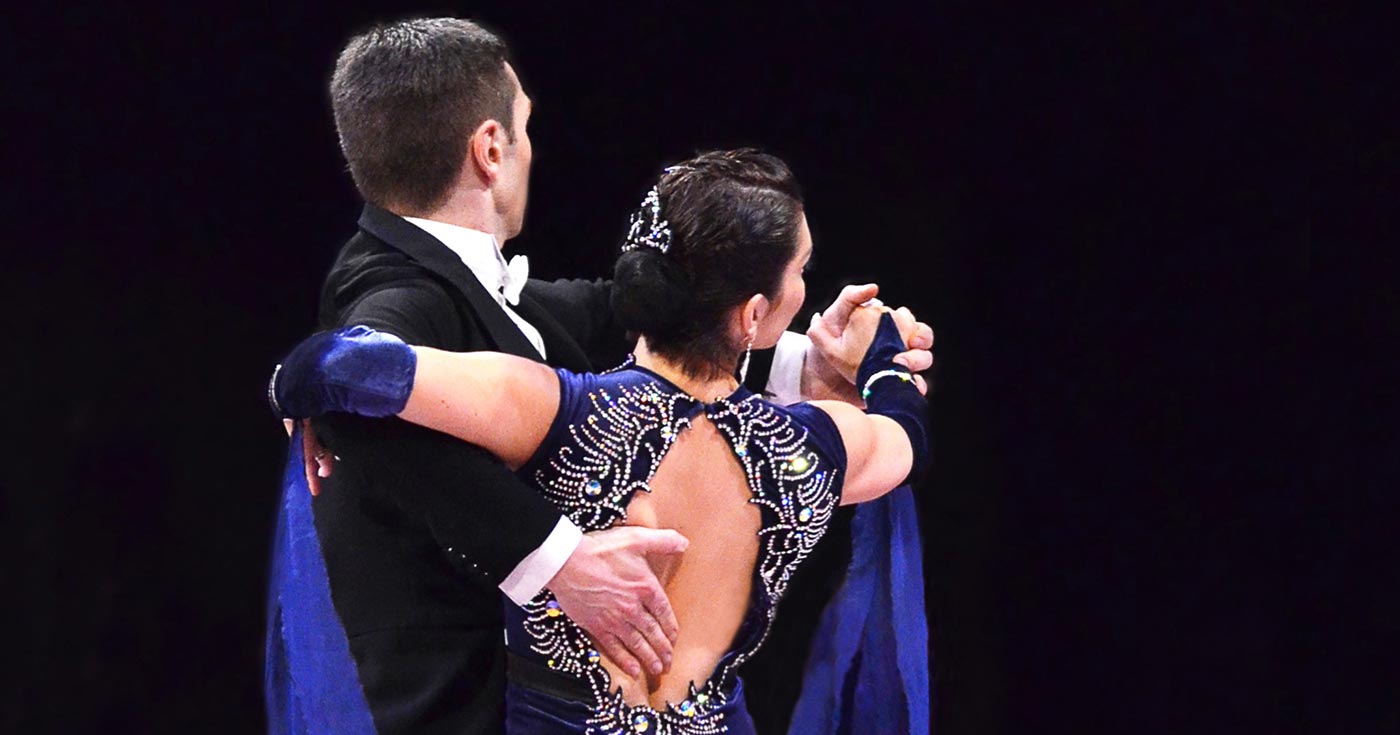 Ballroom Dancing and All You Need to Know About It

Hello everyone, before we start our dive into Ballroom dancing, I would like you to take some time and experience the following breathtaking Tango performance by Dmitry Vasin and Esmer Omerova on the Kremlin Cup. I promise you will love it! After that we will continue with our today’s article and learn about ballroom dance styles and their origins a little more.

Now with everything we’ve seen so far, I believe we are ready to continue, so let’s get right into it…

What is Ballroom Dance?

The main characteristic of ballroom dancing is the partnership between a male and a female. The dances are used for stage performance purposes or enjoyed as entertainment. You can see it being featured in films, parties and competitively on stage. To find ballroom dance classes near you follow the link 😉

Here is a short video from Stanford Viennese Ball of 2017 to give you an idea of what it is:

Where does it take its name from?

‘Ball’ is derived from Latin with the root word being ‘ballare’. The word was used by the elite to describe their dancing so that ‘folk dances’ could be left to lower social classes. This explains why it is associated with elite gatherings. Eventually, the boundaries have faded as more communities and individuals adapt styles that differ from conventional ones.

The definition of ballroom dancing may also be perceived in terms of historical era. Some of the categories that have been featured include Minuet, Polonaise, Quadrille, Mazurka, among others, all of which have a historical significance and attachment to loyalty. The basic formula is that of two individuals with a leader and a follower. Contact is through their upper bodies but they may also stick to hands depending on the dance and prevailing restrictions. The element of partners was borrowed from German waltz and has spread to all parts of the world.

Because this type of dance styles are not usually choreographed, it is upon the ‘leader’ to hint to the ‘follower’ the next move. The ‘follower’ responds accordingly making it a continuum. This seemingly organized approach is different from what happens in clubs or other social gatherings where contact seems to be optional and may be taken to extreme levels. Most of these dances come with a little knowledge which is restricted to basic step patterns and rhythms. Continuity depends on cueing. This, however, has been termed as one of the factors that contribute to their decline in popularity. People are not keen on learning the steps. According to dance historians, the emergence of Twist in the 60s heralded the end of partner dancing.

The first mentions in history

There are records of organized ballrooms way back in the 16th Century. Some of the dances mentioned in these records include pavane, basse danse and livelier branie, among others. In fact, Shakespeare referred to the dances as ‘cinq pace’ because they involved five steps. While Minuet had its roots in Paris, France, Waltz took over England in the 19th century. Polka and Mazurka were the other popular genres of the era.

Movement from sequence dancing to a model where couples would move independently led to its popularity. This was the early twentieth century when jazz was also causing another musical breakaway. People also became inventive in their dancing. The world war also took away the old societal norms leading to more inventive dance styles.

Astaire and Rodgers are credited with popularizing the organized ballroom dancing in US. Though both actors worked on separate projects and films, their sequences were the most popular and a definition of high-class ballroom dancing. Their dances, which showed castles, among other features, took ballroom dancing to new heights. It must be noted that their dances were choreographed and staged meticulously.

Ballroom dances were considered a preserve of the elite for their pastime and to mark social events. Eventually, competitions emerged which were graded in terms of proficiency levels. These competitions have spread to the entire world. This has led to the rise of Dance Sport which has even gained the recognition of the International Olympics Committee. Though ballroom dancing has not been included competitively at the Olympics, the application has not been rejected.

Here is an example of a NYDF professional ballroom competition of 2017:

In the US, the levels of proficiency are determined by US Dance. Syllabus dancers are grouped in Bronze, Silver and Gold while open competitors fall into categories of Novice, Pre-championship and Championship. Each country has a different criterion for grading its dancers.

Performance in competitions and test events determines the class a group, dancer or couple falls into. Because of diversity based on different musical rhythms, geographical locations, classification bodies, etc, the elements used in judgment vary. They include connection, speed, timing, frame, posture, body alignment, use of body parts like ankles, feet and weight, costume and grooming, among other elements. One can never deny that the judgment is always subjective. It is therefore common to hear complaints and controversies in competitions.

There are standards based on a peculiarity of each dance. They mainly apply in a situation where the genre to be judged independently. Several dance genres may also be ramped together and almost similar rules applied. Children also participate in competitions at their level. In fact, some of the best ballroom dancers in history were identified at childhood. It is part of competitions that enrich the education system.

As stated, these dances feature a couple or partners. They are enjoyed both socially and competitively. Here is a list of the most common ones:

However, there are many other genres a person can explore based on personal preferences and availability of resources. To master any of them and gain prowess especially during competitions we invite you to check out our website to find local classes, competitions, festivals or workshops that may interest you as a dancer.