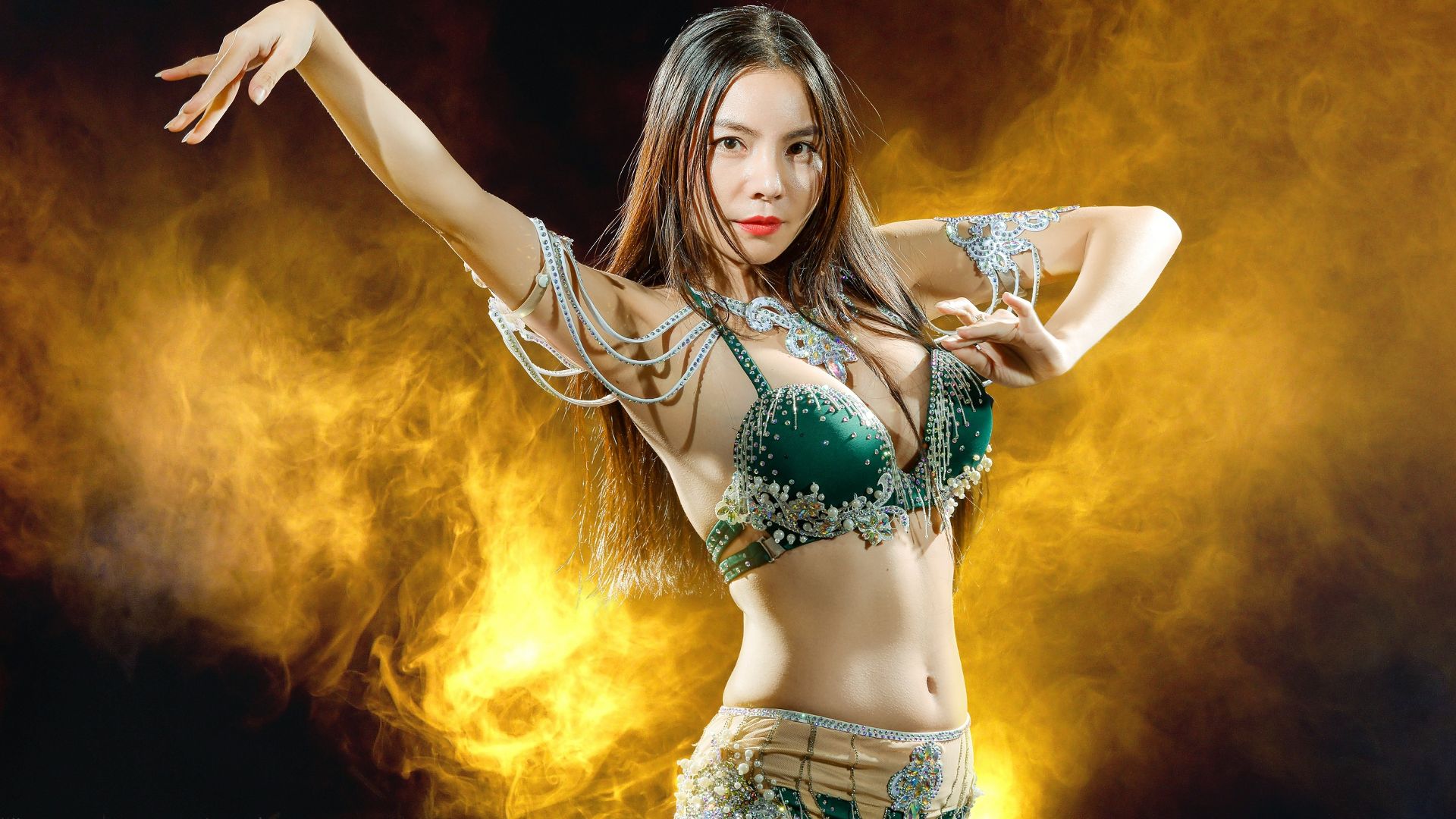 Belly Dance and All You Need to Know About It

What Belly Dancing is all About?

Belly dance is an expressive and complex movement centered around the midsection or torso. It is one of the most popular styles of dancing, thanks to its sensual techniques. Mere pronunciation of the words calls to mind little women twisting and twirling their bodies sinuously to the sound of music. This dance style is also advantageous for health reasons since anyone can use it as a medium to burn excess calories. Of course, more benefits abound in this ancient style of dancing.

Belly dancing was used to entertain guests at wedding receptions, private celebrations of parties in the Middle East. Most times, the male folk join in the dance just to liven things up for fun. But lately, belly dancing has begun to garner lots of interest in Europe and other parts of the world. Men and women now perform the belly dance in cabaret or shows. Follow the link to find belly dance classes near you and join in a class today 😉

Here is a video example of tribal fusion belly dance:

Where, when and how it was created?

Belly dance is also known as Oriental Dance (or Dance of the Orient), or Raks Sharki and is believed to have originated from the Middle East, though the origin of this style of dancing is hard to come by. Most of the accounts about the history of belly dance are pure speculation. Sources from Rome and Greek were known to describe dancers from Spain and Asia Minor who used rippling movements, and with quivering thighs, sink to the floor all while playing the cabaret. These movements are reminiscent of what we know today a belly dancing. But later on, around the 18th and 19th centuries, Flaubert and Edward Lane, both European travelers who visited the Middle East put in writing the type of dancing that was prevalent there and the dancers as well, including the Ghawazee and Awalim of Egypt. Belly dance was performed by both sexes in the Sultan’s palace in the Ottoman Empire.

Main theories about its origin

Why is it called Belly Dance?

The expression “belly dance” was translated from a French term “danse du ventre” which was coined during the Victorian era. It was believed that that French term was used to refer to dancers from the Ouled Nail tribes of Algeria. But belly dance as it is currently used seems to be misleading name since the Ouled Nail focused more on abdominal movements than what is known in the modern world today as “belly dance.”

In Arabic, the belly dance is called “Raqs Sharqi” or Eastern Dance or “Raqs Baladi” (Folk Dance or Country Dance).

Belly dance focuses more on movements of the torso with a strong emphasis on the articulation of the hips. It is not like most western dances that use more of limb movements through space. Belly dancing is about isolating the torso muscles, and these isolations look somewhat similar to the ones used in jazz ballet. The difference is that they portray different emphasis and feeling.

Most folk dances don’t have a general naming scheme when it comes to belly dance movements. Although many dance schools and dancers have created their unique naming schemes, none of them are recognized globally.

This is one of the most popular videos on YouTube in this genre. It has got almost 31 Million views since 2013, which is a quite a lot. Here you’ll also see an example of the traditional outfit women wear for stage performances:

One important question that is often asked is “Can men belly dance?” The answer to that question is yes. Men can belly dance. Although belly dancing is considered to be an art form that is peculiar to the female folk (due to its sinuous, circular lines and emphasis on the belly) males can also partake of this art form. There are masculine styles of belly dancing as well as an appropriate costume for men.

Here is a list of the most famous male belly dancers:

Now you’ll see a video proving that men actually are amazing at this:

This list contains some of the most female belly dancers who continue to mesmerize the world with their styles of belly dance:

Here is an amazing Kira Lebedeva‘s stage performance video showing all the power of this style:

When it comes to belly dancing, there is no ‘best’ music for it. This is because it is subjective. Every belly dancer must be inspired by the music they are dancing to and which will arouse the emotional feeling that needs to be expressed through the dance. Nevertheless, the flavors of  Middle Eastern music which belly dancers dance to are categorized in the following way:

Traditional music may be referred to as classical or folk music and depends on the context. However, it has nothing to do with modern pop music.

A lot of peculiar instruments are used in the Middle East to create music that belly dancers dance to. The instruments include win, percussion and strings instruments.

Percussion – This includes the Dumbek – or dumbec, doumbec – which is a drum shaped like a goblet and gives distinct rhythms to belly dance and Middle Eastern music. It is referred to as tablah in Egypt and darbuka in Turkey.  Under percussion instruments, there is the riqq, which is a small tambourine, and the tar which looks like a large tambourine. Finger cymbals called the Sagat in Arabic and Zils in Turkish are played by the belly dancers themselves when performing. String instruments consist of the Kanoun, Rababa, the Saz, and Oud. The wind instruments consist of the Kawala, the Ney, Zumara, and the Mizmar. The Zurna is also another wind instrument.

Most famous musicians and songs

Several songs are very popular whith belly dancers. Here is a list of some of the famous songs and the famed artists that created them:

The costume that is associated with belly dancing is known as the bedlah (which is Arabic for ‘suit’). This ensemble includes a bra or fitted top, a fitted hip belt and harem pants or full-length skirt. Most times, the bra and the belt are elaborately decorated with sequins, beads, coins, crystals, embroidery and beaded fringes. The belt can be sewn into the skirt or come as a separate accessory.

The modern style of belly dance costume was said to have been created by Badia Masabni who is a cabaret owner in Cairo in the early 20th century. It was said to have been inspired by Hollywood costuming to appeal to western audiences. Older forms of belly dance costumes comprised a light chemise, full skirt and fitted cropped vest with big jewelry and embellishments.

Teachers of belly dancing have their unique ways of imparting the knowledge to their students. But here are the basics that most of them will cover sooner or later: Lifts and drops, Shimmy, Slides, Twists, Figure 8’s, Circles and Undulations. Each of these movements is used in separate parts of the body and form the core of belly dancing.

Beginners are always advised to attend classes, follow the basic instruction given by the teacher, and to always practice hard at home or in class.

Want to learn some basics? Here is a video playlist with beginner lessons to help you start the jorney 😉

There are different movement types in this genre which have been grouped into 3 main categories:

Besides these torso movements, dancers also employ many styles and use traveling steps, level changes, turns and spins. The arms are used to accentuate vivid gestures and frame the movements of the hips. The arms are also used to create shapes and beautiful lines with the body, mostly in the more westernized and balletic styles. Other movements may be brought into play as random accents such as arabesques and low kicks, head tosses and backbends.

There are several styles of belly dancing in existence today. The following are a list of the main ones :

However, the most popular belly dance styles in the United States today are: American Restaurant, U.S. Tribal and Egyptian Oriental.

Some of the famous belly dance festivals and competitions are:

Belly Dance as an art form has come to stay, and as it continues to gain more popularity, other parts of the world have begun to learn everything about this ancient style of dance.