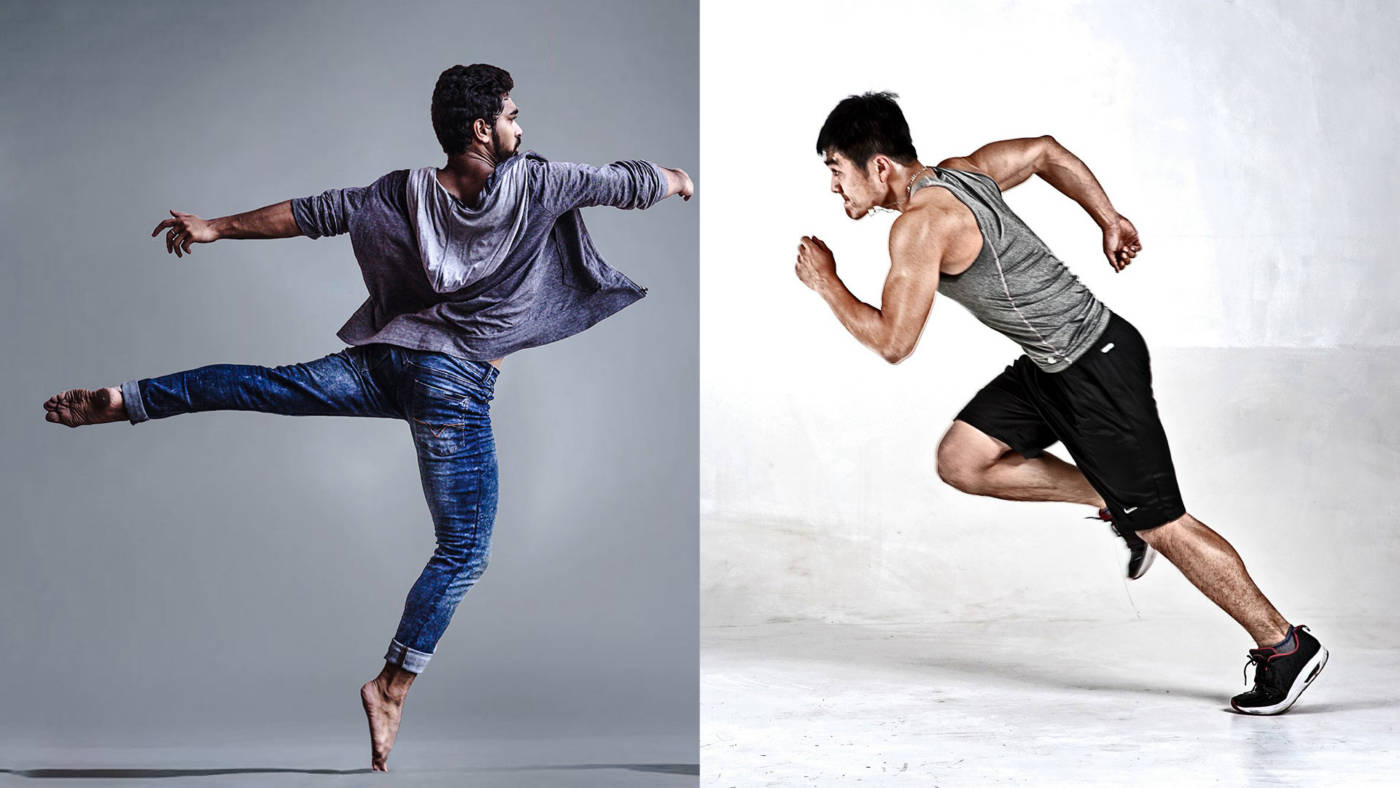 Dancing vs Running: Which is Better?

We all want to take care of our bodies, and of our minds, and one of the best ways of doing that is by taking part in regular exercise. Both dancing and running have a wide range of known health benefits so it can be really hard to make a decision between the two. If you’re on the fence about which one to take up, don’t despair! We are going to go through a rundown of the different things to consider when choosing between the two. Of course, the ones that are important to you will vary depending on what it is you’re hoping to get out of doing fitness.

If your goal is to lose some weight and burn some fat then both dancing and running can be good choices! They are both known for burning a high number of calories and, of course, the more calories you burn, the more fat you drop. But let’s take a closer look at whether one of them comes out on top. It’s hard to come to an exact answer on the number of calories you will burn doing dancing or running because it will depend on loads of different factors, such as your height, weight, and age. The type of dancing you are doing can also have a big effect, as well as what pace you are running at.

Now let’s take a look at a selection of dance styles to see how they measure up with the number of calories burned per hour:

Most styles of dance can help you to burn more calories than jogging, and some styles (especially those that involve a lot of fast movement and/or bodyweight elements) could even burn more calories than running. Another important thing to remember is that it is much easier to dance for an hour than it is to run, so you’re more likely to hit that target by dancing than by running.

Your goal might not be to lose weight, but you might be looking to get your body more fit, strong, and toned. Again, both dancing and running will be working your muscles hard, but let’s have a look at which one will have a greater effect on your body.

So both types of fitness will be targeting all of the muscles in your lower body but dancing is more likely to target your upper body as well. Dancing will also target your core, back, and abdominals to a greater degree than running because you will be making more big movements using those muscle groups. This means that you are going to be able to get toned and build muscle all over your body much more easily with dancing than with running.

Any exercise that you take part in has the potential to cause you injury. That’s just a consequence of using your body in a dynamic way. But if it’s important to you to lower your risk of suffering an injury, then you will want to choose an exercise type that is less likely to put you in harm’s way.

You’ve probably heard that running damages your knees, but it’s actually a little more complicated than that. Running in and of itself isn’t going to damage your knees. After all, running has been something humans have evolved to do. But there are risk factors associated with running that could damage your knees, such as poor form, having one leg shorter than the other (often without realizing!), using the wrong running shoes, running on concrete. Your knees take most of the force when you run and it is a repetitive motion, so if any of these risk factors are present, then that force could end up giving you knee pain and/or causing damage.

In some ways, dancing is the opposite of running. Rather than doing one repetitive movement, you are doing a huge variety of movements. So you’re not at risk of damage from force being put on one joint. There are still risks, however, and this usually comes from falling or pulling a muscle. But, again, the same is true for any exercise that involves you moving around a lot, and you can get those sorts of injuries from running too.

One big advantage that dancing has is that it can help to lower your risk of injury overall, even once you have left the dance floor. Dancing strengthens your core and improves your balance, coordination, and flexibility. All of those things combined mean that you are less likely to injure yourself.

Exercise doesn’t just improve your body. It can also do wonders for your mental health. One of the main reasons for this is that aerobic exercise (exercise that raises your heart rate), such as dancing and running, stimulates your body to release a group of “happy hormones”. This includes endorphins that are a natural painkiller and can have a similar effect to morphine, and dopamine which boosts your mood. Exercise also slows the release of stress hormones, such as cortisol. Regular exercise can lower your risk of anxiety and depression and can make you happier.

On the other hand, running is usually a solo pursuit (unless you join a running club) whereas dancing has a strong social element to it. Social interaction is hugely important to maintaining your mental health. Dancing also has some unique elements that set it apart from other types of exercise. Learning a routine and implementing it can help to boost your cognitive abilities, and it can also give you a powerful sense of achievement which can boost your self-confidence.

The combination of dancing to music also gives an extra layer to dancing’s ability to improve your mental health. Music alone can help to improve your mood and boost relaxation, but when it’s combined with moving along to the music, this effect is amplified.

The most important part of any fitness routine, if you want to see results, is consistency. Doing exercise regularly and consistently will always give you the most benefit. And one of the best ways of making sure that you show up is to make exercise something that you really want to do, not something that you do because you feel you have to. An exercise could have all of the best benefits for your body and your mind but if you don’t show up and do it, then it’s not going to help you.

Whether an exercise is fun for you or not depends on your own personal preferences, and when it comes to dancing or running there are always going to be people who prefer one over the other. There is a huge community of avid runners who get a sense of enjoyment from the “runner’s high”, tracking their times, being part of a running club, or running different routes. The chance to get out of the house and spending time in nature is also a big appeal for many runners.

Arguably, however, dancing has the potential to appeal to a larger portion of the population. Not only do you get the mood-boosting effects of the exercise, but you also get to dance around and have fun to music, with some friends that you have made along the way. You might even get the chance to take part in a performance, or you might enjoy showing your moves off when you’re out on the town. With such a wide variety of dance styles to choose from, you are also much more likely to find something that just clicks for who you are as a person.

Both dancing and running are great for you. There is no doubt about that! Taking up either exercise will do wonders for your body and your mind. Both burn a similar number of calories, but if you run rather than jog you can burn more, and if you choose higher-intensity dance styles over slower ones that will also burn more. Dancing targets more muscle groups so your muscle strength will improve throughout your body more than it will for running, which targets mainly the lower body. Both exercise types are good for your mental health, but dancing has some unique elements that can make it more beneficial than running. And both can be fun, but dancing has the potential to be more fun for more people than running. On balance, then, if you’re rolling some dice to decide which exercise to have a go at, then dancing could be the best choice for you.