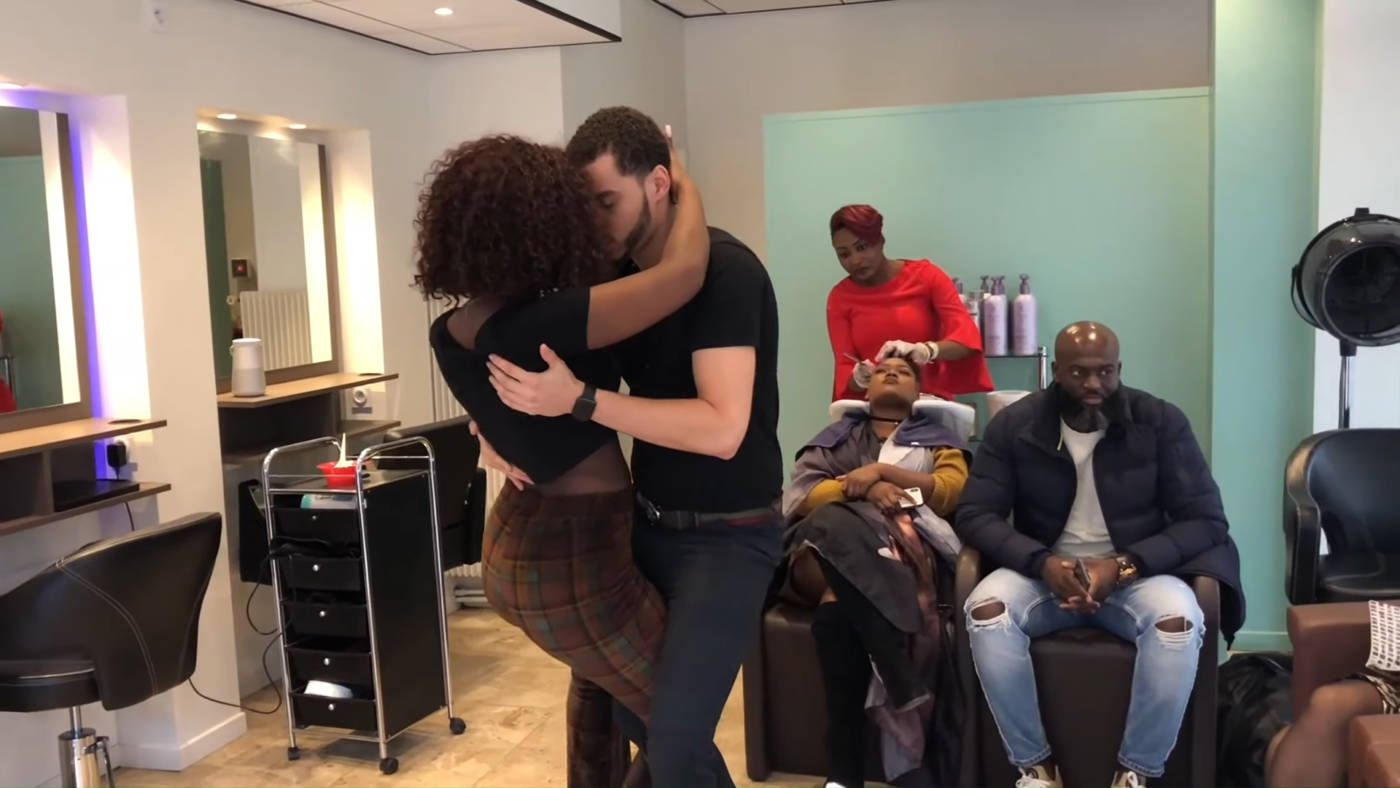 Kompa Gouyad Dancing in a Barbershop

Just imagine this happening while you’re at the barber’s waiting for your hair cut! It is such a clever idea to have this dance performed in an everyday location. It almost feels like a scene in a musical. And Boni and Shiivanah’s dancing is so beautiful that you don’t get distracted too much by watching everyone’s reactions in the background!

Kompa dancing originated in Haiti in the 1950s. It’s a modern meringue dance style characterised by its hip movements, and danced in a two-step square. Kompa dancers, of course, add all sorts of other moves and flares to their dancing, including turns. Kompa (or compas/konpa) means “beat” and the key to this dance style is hitting those beats.

Gouyad dancing is a popular move in kompa dancing that has been deemed pretty scandalous throughout some of its history because it was seen as too sexually suggestive. Although, as you can see in this video, it’s really not as shocking as it has previously been made out to be.

The key move in gouyad dancing is the hip gyration, known as whining. Both partners need to place one foot in between their partner’s feet, with their foreheads placed together, and their hips connected. There are two basic hip movements – moving your hips in a figure-8 shape and moving them in a half-circle (while staying connected to your partner’s hips). This paired-down video is a great example to use when you’re learning how to gouyad.

Kompa dancing is starting to hit the mainstream, so if you want to get in on the action (and maybe even look as good as Boni and Shiivanah!), you should hopefully be able to find a dance class near you. If you can’t, there are kompa dance schools that offer online tuition and classes so you can learn at home.