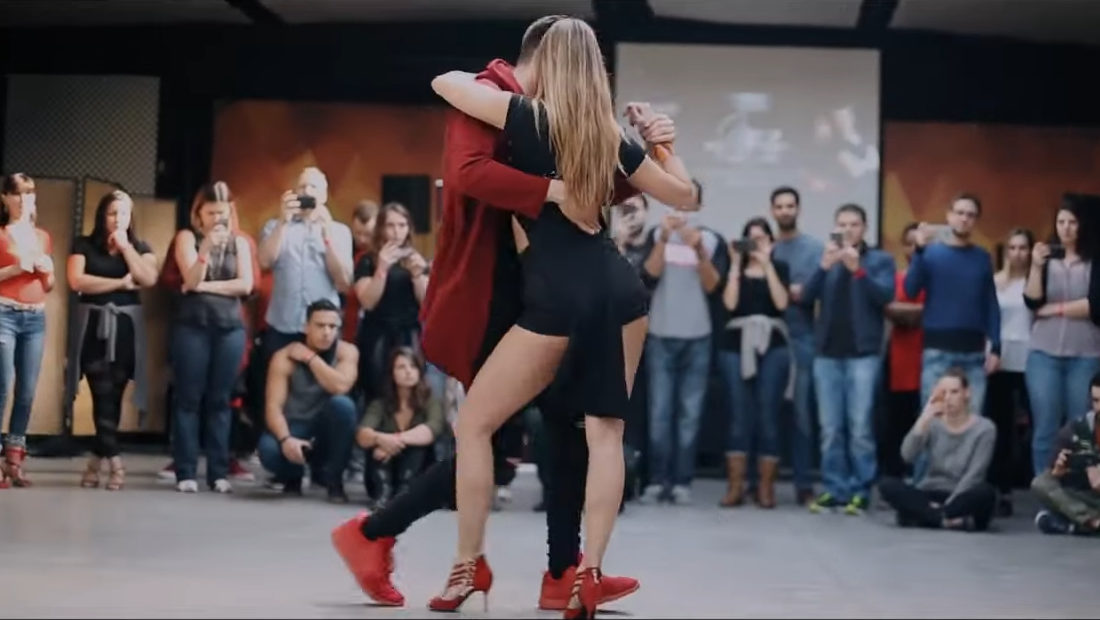 Have you ever seen kizomba made to look so cool?! Daniel and Jasmin bring such an essence of sophistication and style to their kizomba style, which is just permeated throughout this video. And the video is set in the environment where they spend a lot of their time – a workshop at a festival.

If you ever get the chance to be taught by Daniel and Jasmin, you should snatch it up. Their workshops have a stellar reputation for helping their students to not only understand the step sequences, but also the best technique, how to lead, as well as lady styling.

Daniel and Jasmin arrived at kizomba through very different routes. Jasmin was a ballet dancer from the age of 3 until the age of 13 when she moved onto competitive swimming. But her love of dance won out and she started dancing again at 16, gravitating towards Latin styles of dance. She started off with salsa and bachata before catching the kizomba bug. You can really see her ballet background in this video, and the beauty of urban kiz is that it does allow for this amalgamation of styles.

Daniel was a gardener by trade and only started dancing at the age of 20. He started with salsa but quickly found a love of kizomba and made it his ambition to become a kizomba teacher, which he has definitely now achieved.

Together, Daniel and Jasmin make a powerful kizomba couple. They travel the world giving workshops at kizomba festivals and smaller events, spreading their love of kizomba far and wide. Kizomba, and particularly urban kiz, was traditionally less well known than many of the other Latin dance styles, but with dancers like Daniel and Jasmin flying the flag, it is growing in popularity every year.